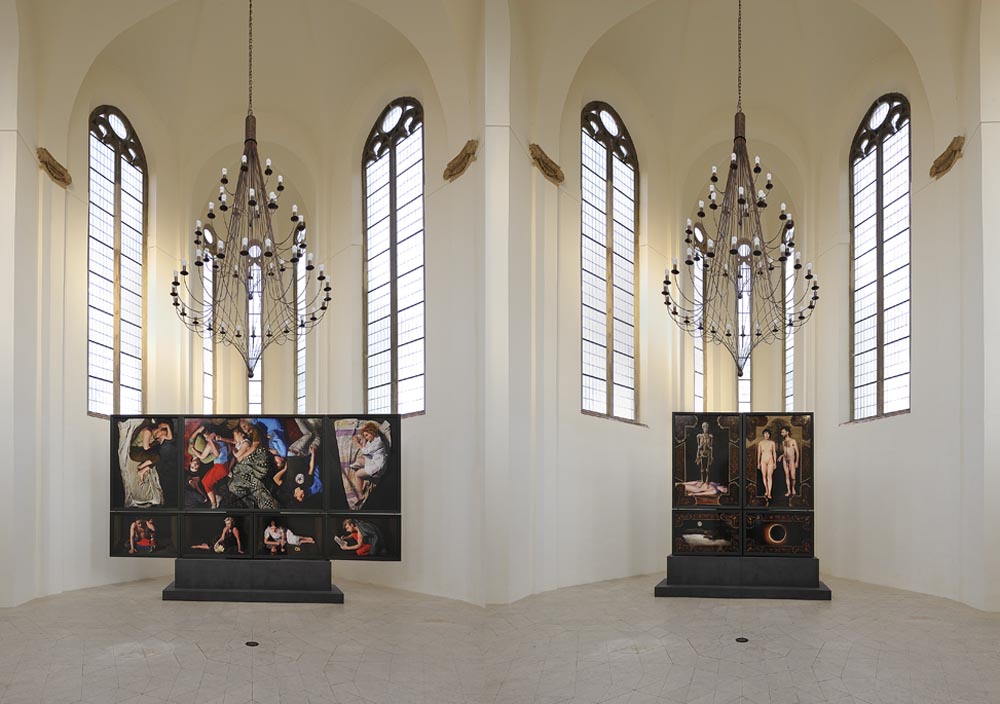 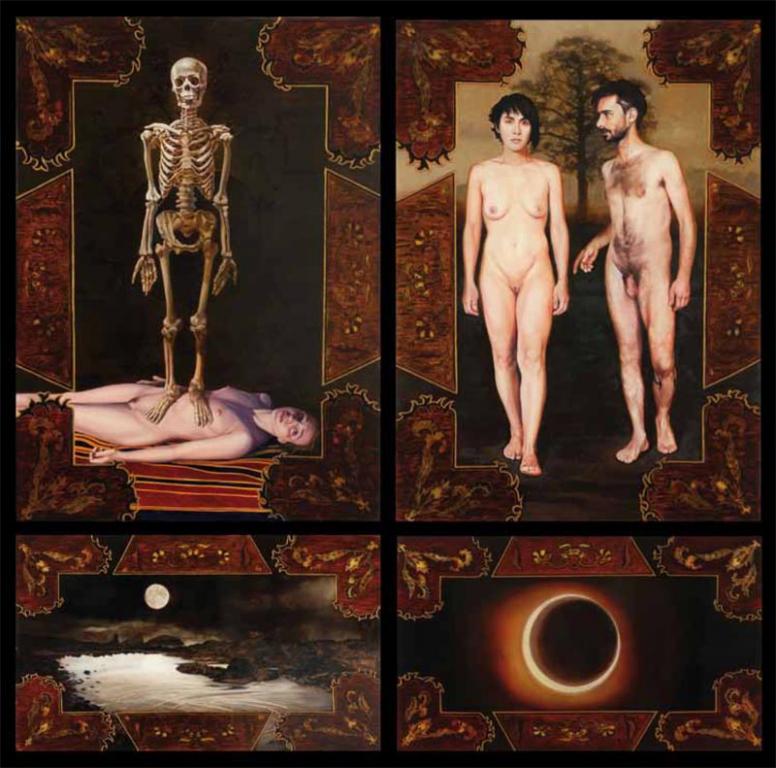 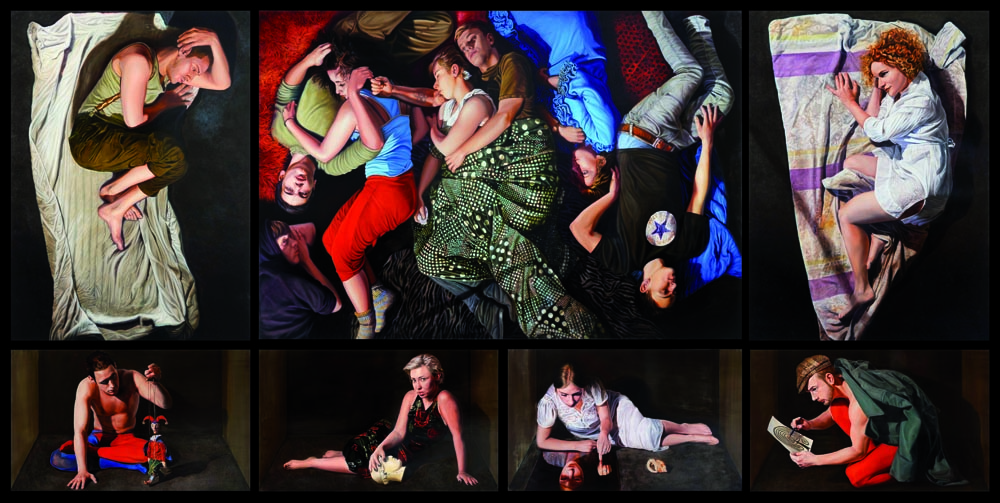 Text for the exhibition

It is no coincidence that one of Dimitris Tzamouranis’ most important works, Melancholia (2012), is strongly based in the representational tradition of sacred art, the monumental rhetoric of retable paintings. The theological dimension of this modern polyptych, a painting comprising several folding leaves, is evidently visible in Tzamouranis’ iconography, though the work itself is presented in a non-religious, almost pagan-like form. The centre panel, where one would expect a scene of the crucifixion, the entombment or the Last Judgement, shows a group of young people lying on the ground that evokes a moment of rest in a room in a shared home. Surrounded by friends and embracing, the young couple in the centre of the picture (the painter’s daughter Elektra and her friend Julius) embody a form of truly innocent and noble agape – love. It depicts not only the exclusive love between partners, but also inclusive love within a social group. Is Tzamouranis’ secular picture connected to social utopia or rather to the pursuit of Paulinist (pagan) love that is so characteristic of modern man? The painting radiates humanism in its pure form. A complement to it could be the artist’s 2010 painting Die Nacht, which shows a similar scene with the same cast. Here, though, the protagonist is alert and awaiting the moment of fulfilment together with the others. It must be noted that this painting, and in fact Tzamouranis’ entire oeuvre, should be understood as a repeating inquiry into the metaphor of light and ideas about Enlightenment philosophy, the Western ontology of the world which has fundamentally determined how we think and which French philosopher Jacques Derrida called “heliocentric”. The outer leaves of Melancholia depict full solar and lunar eclipses opposite one another. Rays of light, lamps, mirrors, eyes and masks are represented in Tzamouranis’ work to highlight the visible genesis of Earth in connection with European thought, learning and intellect. It is remarkable that unlike the painting Die Nacht, the top panel of the polyptych primarily shows a rather unorthodox view characterised by non-perspective projection. This unusual approach to perspective is tantamount to autonomizing the space, which is connected with exposing the modes of painterly expression. It seems that Tzamouranis wants to tell us that despite the intentional use of illusionism and convincing dynamic in his work, painting will always remain tied to the mastery of techne (craftsmanship).