Vladimír Větrovský (*1977) is a contemporary Czech painter and a graphic artist.  Between 1999 and 2001, he studied at the Theatre Faculty of the Academy of Performing Arts and majored in stage design (Prof. A. Pražák). Between 2002 and 2008, he studied at the Academy of Fine Arts at the painting studio of Prof. M. Rittstein. During his studies, in 2001, he did an internship at the Academy of Fine Arts in Prague at the Prof. Střížka´s painting studio. In 2006, he did an internship at Hochschule der Bildenden Kunste Dresden in Germany (Prof. R. Kerbach). Vladimír Větrovský belongs to the significant figures of the colourist-expressive style of Czech painting. Characteristic feature of his work is a sovereign, dynamic, colourful gesture, expressed by sure-handed lines. In his work, painting has a dominant role. Starting point of his creation is landscape and observation of nature. 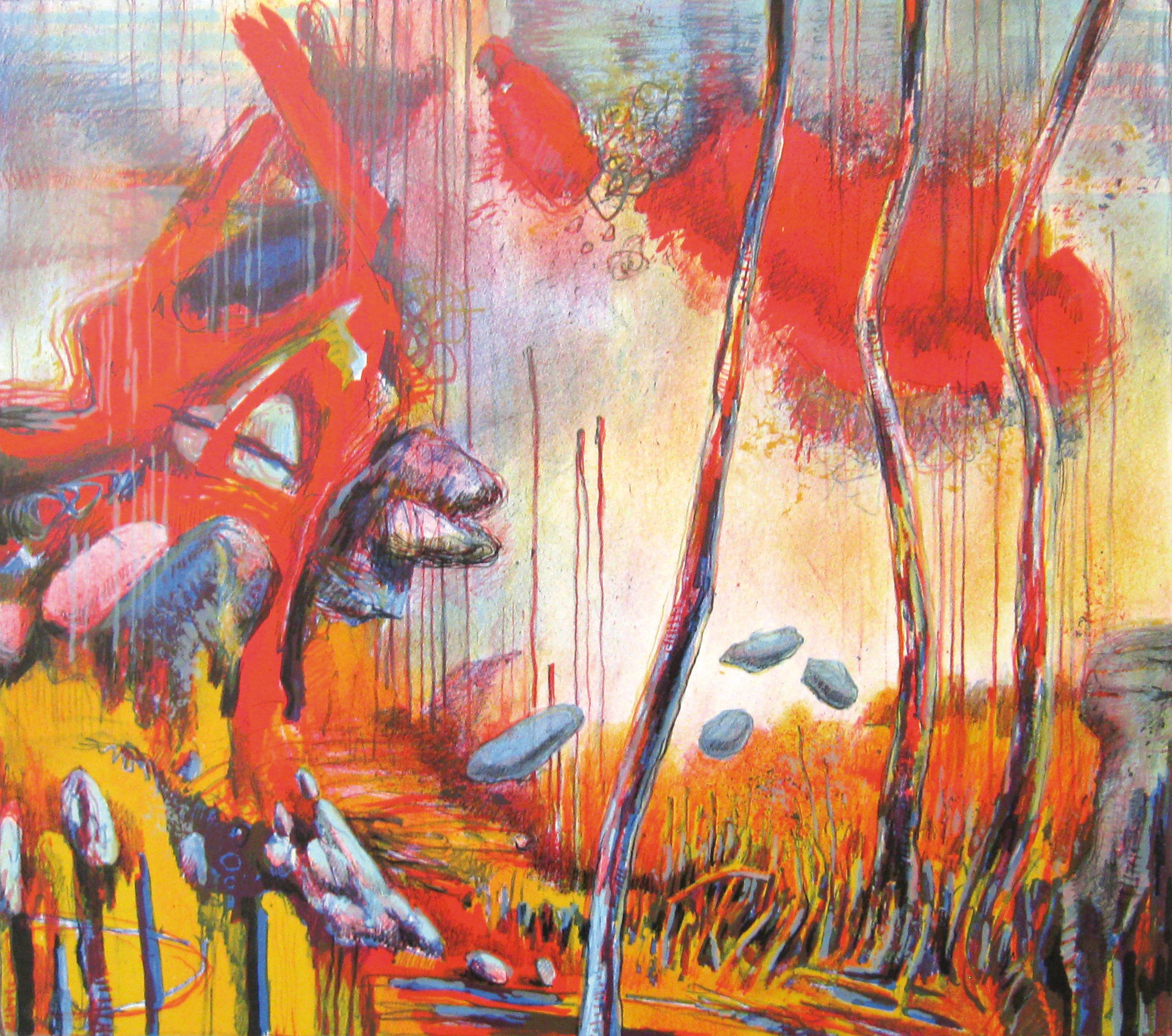