PABLO PICASSO (1881 – 1973) was one of the most famous Spanish artists working in France for over half a century. In his heart and mind he carried the paintings of El Greco and Velázquez, whose works he first saw in Madrid. Painting and drawing were his obsession. In his studio he was even able to breathe new creative life into dead objects. He experimented, though he did not particularly like this word. “I do not search, I find,” Picasso has said. He and Braque were the founders of Cubism, the most influential art movement of the 20th century, but he never let himself be chained down by that style. He moved freely from Cubism to Surrealism, often changing techniques and forms of painting. He was a painter, drawer, printmaker, stage designer and sculptor. He had the gift of a creator: he could turn everything he touched into art. 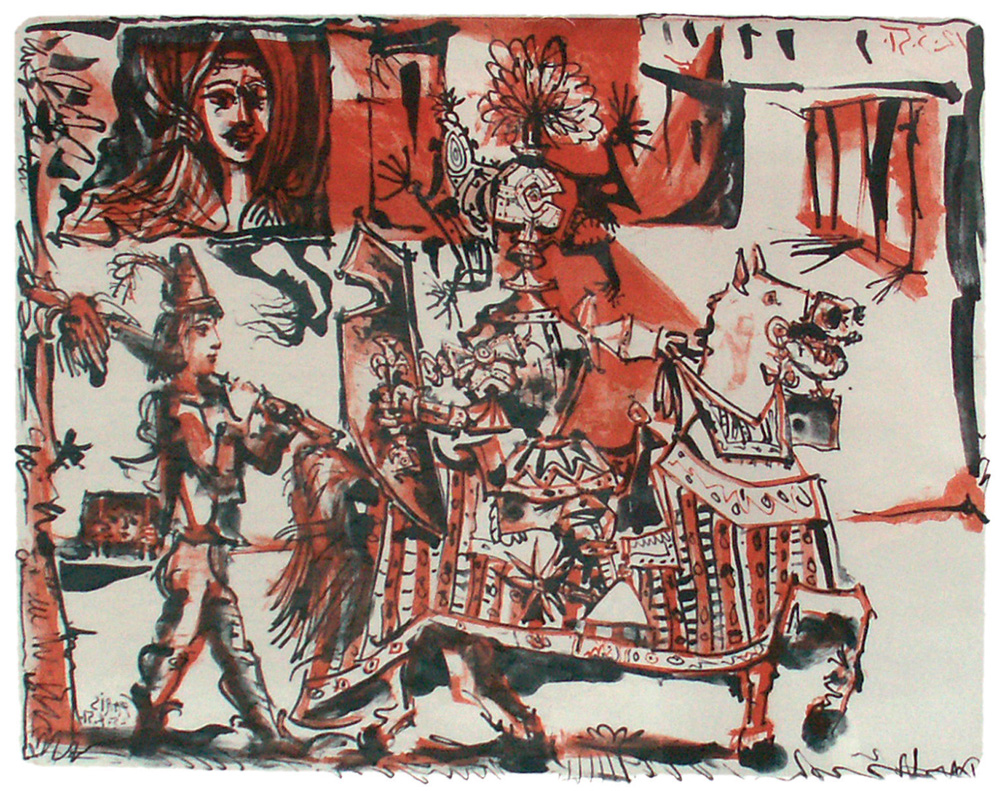 edition: one of the five author’s proofs